Last week, Gwen and I pulled our 1983 Colemen tent-trailer up and over the passes to the greater region, known as The Methow. This area receives enough rain to naturally support some trees (mostly pine and fir) but not nearly enough to promote dense forest like here on the westside. So, you find rolling hills with treed drainages and woodsy clumps surrounded by meadow. Lots and lots of meadow!

It is beyond lovely and no wonder why it has attracted artists, ranchers, the independently wealthy, and gritty salt-of-the-earth types. Tourism is alive and well as Seattle-ites can easily travel there in a half-day’s drive. Winthrop alone sustains two or three densely stocked outfitter shops for hikers, climbers, and hunters-fishers to stock up on gear.

For us, who are used to carrying provisions to high elevation camps, the tent-trailer is glamping for sure. Included in the luxurious package are queen-sized down comforter, cast-iron skillet, and a hatchet for kindling.

From this basecamp, we drove wildflower-flanked forest roads to two trailheads on two different days. The first trail ascended (but not strenuously so) to Crater Lakes, with the creek in earshot the majority of the time. The alpine here was just beginning to melt out, but the snow was not too soft, not to hard…just right.

The following day we ventured along a ridge with spectacularly expansive views of the lower-lands. This flower-strewn ridge topped stone formations that belong in Utah or Arizona. Sheer cliffs of weathered rock just like Arches or Red Rocks or Zion here in volcanic country. 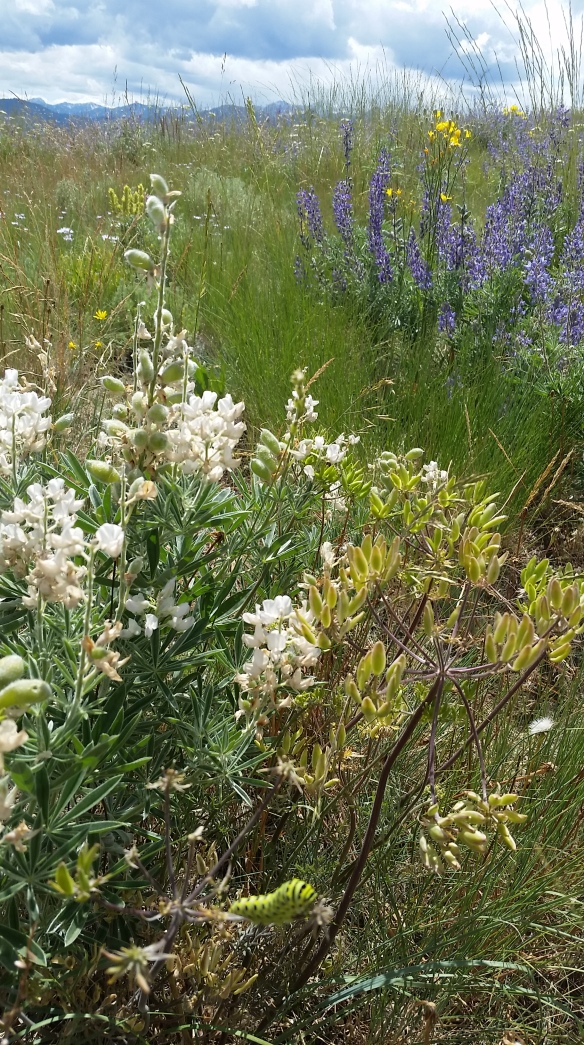 Truly a gem of a place!

1 thought on “The Methow ~ The Meadow”